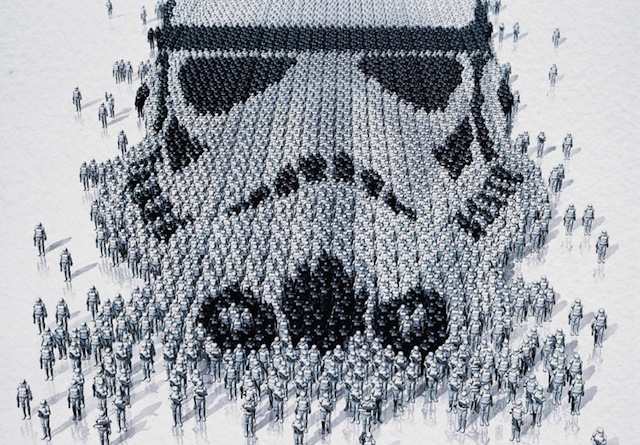 We all know Luke, Leia and Han. They were destined to save the galaxy and lead the Rebellion. Palpatine was determined to take over the galaxy and ensure permanent domination. This is the fundamental basis of Star Wars as we know it. But one large factor is often overlooked, or rather an innumerable number of smaller details that add up to make the difference. The average soldiers who serve both sides of the conflict. Risking their own lives and taking the lives of their enemies.

By why? What does TK-421 gain by guarding the Millennium Falcon in the Death Star’s hanger bay? Why did so many Bothans die to ensure that the Rebellion could learn of the Second Death Star? The motivation behind these numerous, yet faceless, characters is often ignored in both the movies, and the Expanded Universe. In fact, the only armies that can be accepted without considering their personal feelings are those of the Separatist Alliance or Xim the Despot – droids who are programed for war.

As soon as an army utilizes living, thinking beings, emotion and reason enter the equation. And so the question must inevitably follow, what possible reason could they have to put their lives on the line for something that they may not even benefit from, even should they survive.

It’s the same question that real-life political leaders must grapple with, and historians forever analyze to understand the rise and fall of empires. And in the fictional world of Star Wars, there is no less a role for this. In fact, many of the militaries we see are nothing more than a reflection of our own history.
END_OF_DOCUMENT_TOKEN_TO_BE_REPLACED