The Last Jedi is a lot of things. It’s a war movie, a heist movie, a political allegory, a morality tale, and more. In other words, it’s a Star Wars movie. We’ve already had a number of great articles discussing the film from various angles, but this article is focused on something highlighted in the first face-to-face interaction in the movie between General Leia Organa and Poe Dameron, wherein she comes face to face with her best pilot and surrogate son after he’s just come back from a mission… and slaps him across the face. Let’s look at The Last Jedi as a deconstruction of the traditional ideals of heroism.

One Hell of a Pilot

The character of Poe Dameron was little more than an archetype in The Force Awakens: an ace pilot who is jovial and friendly among his allies, and managed to maintain his banter even while fiery and intense during combat. We see him interact with Lor San Tekka, Kylo Ren and Finn within the opening ten minutes or so, showing us both the humor and warmth, and the focused intensity, that are cornerstones to his character. We also see the reckless determination that seems to inform his every move. Poe jumps right in with Finn without hesitation, then immediately takes the reins from him upon their escape so he can continue his mission. He is the epitome of an old-fashioned film hero, and might well have stepped out of a film serial from the 1930s.

The opening combat set piece in The Last Jedi continues that characterization, showing off his incredible skill as a pilot and his determination to earn a victory at any cost. Poe has gone a long way in his career on skill alone, and that’s given him a certain mentality toward his missions, namely that victory in combat outweighs all else. Even as we see him arguing over the comm with General Leia, he sticks with the plan, seeing only the enemy in front of him that he needs to destroy, and draws the pilots of Cobalt Squadron along with him. His efforts lead to the destruction of an enemy dreadnought, but once Poe gets back to the command cruiser, we see that the results are not at all what he expected. END_OF_DOCUMENT_TOKEN_TO_BE_REPLACED

Thrawn being a part of the Rebels show itself is a topic we have discussed in the past. A topic we have not discussed is that he and Governor Pryce were both formally introduced to Rebels in the same season. Pryce was mentioned previously within the show but never seen, always having excuses made on her behalf by Minister Tua for not attending functions on Lothal herself, almost as if they were intentionally avoiding actually showing her. Then, she walks onscreen scant moments before Thrawn enters the scene. At the time, it just seemed a coincidence, the introduction of new antagonists to replace the ones who ended their journeys in the second season.
END_OF_DOCUMENT_TOKEN_TO_BE_REPLACED

END_OF_DOCUMENT_TOKEN_TO_BE_REPLACED 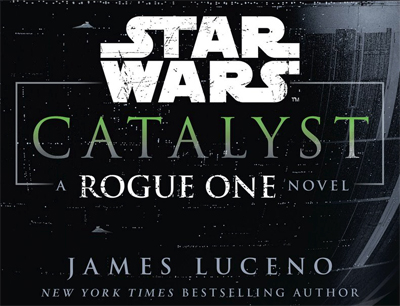 END_OF_DOCUMENT_TOKEN_TO_BE_REPLACED

We first see Saw as the self-appointed leader of the resistance against the Separatists on his world, along with his sister Steela and Lux Bonteri, the recurring-not-love-interest to Ahsoka Tano. Saw is a reckless and straightforward sort of person, focused on fighting the enemy and relying on Bonteri and his sister to be the diplomat and voice of reason respectively. He has the infectious enthusiasm to lead, but lacks the tact to soften the blows he strikes for the cause. END_OF_DOCUMENT_TOKEN_TO_BE_REPLACED