Alan Dean Foster’s novelization for The Force Awakens begins with an excerpt from the Journal of the Whills, which predicts that the cycle of light and dark will be settled by:

“The resolving of grey

The common interpretation (regardless of whether Foster had any insight into a grand sequel trilogy plan, which is doubtful, given no such plan existed) is that the trilogy is taking us into an era where the good-evil binary of the Force becomes more complicated and “grey”, and a new solution to the conflict must be found. But read the poem again. “Resolving” grey does not mean grey is the answer – it means grey is the problem which must be resolved. A closer reading of the sequel trilogy reveals that it may be the clearest portrayal of the battle between good and evil in all of Star Wars.

END_OF_DOCUMENT_TOKEN_TO_BE_REPLACED 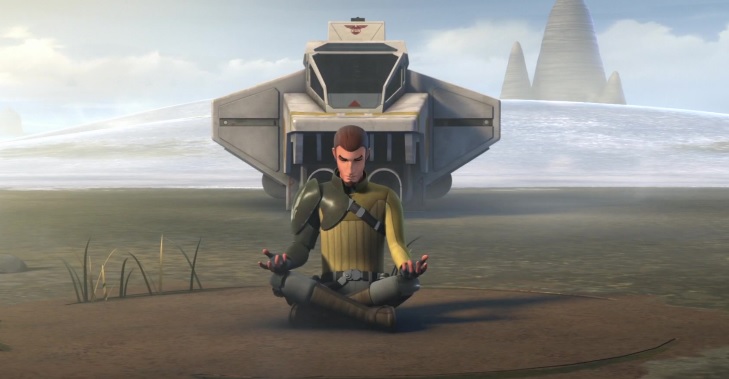 Caleb Dume’s sacrifice in “Jedi Night”, holding back the fire so his family can live to fight another day, stands with the final acts of the greatest masters, Obi-Wan Kenobi and Luke Skywalker. His selflessness will surely inspire the Ghost crew to find some measure of victory, holding back the spread of darkness, and inspiring others in turn.

But Kanan’s journey is also unique, and in the current era of Star Wars “canon”, he stands as the first (chronologically) to forge a path to becoming a Jedi without the structure of the old Order or the guidance of a Master. His knighting in “Shroud of Darkness” raises some interesting questions – what is Kanan’s essential “Jedi-ness,” the thing that earns him this title without the structured progression of Padawan-Trials-Knight-Master? What precedent does it set for Jedi who follow similarly unconventional paths, even decades later? And what does it say about Kanan the person that he achieved all this without that structure?

END_OF_DOCUMENT_TOKEN_TO_BE_REPLACED

The ending of The Last Jedi brings the sequel trilogy’s three main characters to the end of the quests for identity and belonging they began in The Force Awakens. Finn has learned to fight for a cause (Phasma’s death bookending his refusal to execute the Jakku villagers), while Rey has found her place as heir to the Jedi and beacon of hope for her new family in the Resistance.

Kylo Ren, meanwhile, ascends from the conflicted former Ben Solo, eager to conclude his grandfather’s work and destroy the Jedi, to a status Vader never achieved – dictator of the galaxy. Twisted with hatred, as TLJ closes he seems more consumed by the dark side than ever, having now refused two golden opportunities to save himself. The response of many viewers is that he is now irredeemable.

Rian Johnson believes Kylo can still be redeemed, that he “isn’t as bad as Vader”, while acknowledging that this decision is for JJ Abrams to make. The comparison to Vader, though, is more complicated than Johnson suggests, and if TLJ tells us anything, it is that different rules apply to Kylo Ren, and we should not expect him to follow the same path.

END_OF_DOCUMENT_TOKEN_TO_BE_REPLACED

Those lines, in the first teaser for The Last Jedi, led to a mountain of speculation about just how far the film would go in terms of challenging and changing our understanding of the Force and the Jedi Order. Could it herald the beginning of “grey Jedi,” or Rey and Kylo Ren starting a new order of “balanced Force users” (whatever that is supposed to mean)? As it turned out, those lines were not in the film, and far from reinventing or even re-framing our understanding of the Force, TLJ reinforced it.

The entire film is ambitious in its attempts to cram in as many classic Star Wars themes and values as possible: the danger of impulsive, reckless heroism and the importance of patience; that staying neutral in the fight against evil makes you complicit; and the notion that the younger generation will redeem the mistakes of the old. It is in its exploration of the Force, though, that TLJ covers the most ground, and makes old Star Wars values more explicit in the text than ever.

END_OF_DOCUMENT_TOKEN_TO_BE_REPLACED 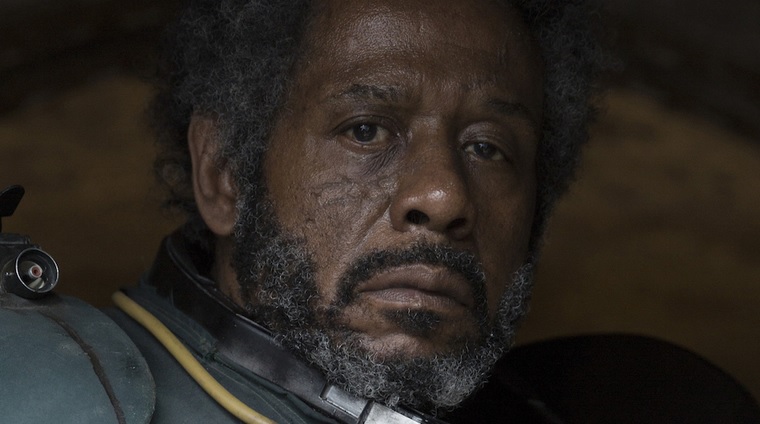 Last year I wrote about the ways in which the value system of Star Wars as defined by the Force apply not just to the journeys of its Force-sensitive characters, but also to its politics. Movements of power and self-interest – whether the greedy exploitation of the Trade Federation or the militaristic authoritarianism of the Empire – represent the fear, hatred and selfishness of the dark side, while peace is found in the compassion, harmony and symbiosis of the light.

With Rogue One as its centerpiece, Lucasfilm’s recent work has largely focused on the build-up to the Galactic Civil War, adding new political context to the iconic conflict that defines the original trilogy. Yet for all the talk of new “shades of grey”, the core values of Star Wars have ultimately been reinforced rather than subverted.

With Saw Gerrera’s return to Star Wars Rebels in “In the Name of the Rebellion,” his conflicts with Mon Mothma and with Jedi philosophy were brought to the forefront. This article will look at why, in the moral universe of Star Wars, his conduct and motivations are such a problem, and the wider dilemma of understanding a story that teaches us both that evil must be fought, while also warning that violence is the path to evil.