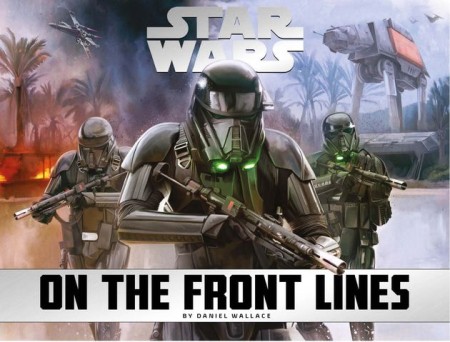 Few Star Wars fans need an introduction to Dan Wallace. Over the course of two decades, Dan has been one of the undisputed kings of worldbuilding, lore, and back history for the Galaxy Far, Far Away. In the old Expanded Universe, Dan’s Essential Guides were truly essential reading for fans who longed to know more about the characters, species, and worlds of the Star Wars universe. This trend continues in the new canon, with the book Star Wars: On The Front Lines.

Released this past week in the US, On The Front Lines is an up close and personal look at the major battles that defined the Clone Wars, Galactic Civil War, and the new war between the First Order and the Resistance. Dan was kind enough to take some time to discuss this book and one of his upcoming works, Journey to The Last Jedi: The Rebel Files. Without further ado, let’s get into the interview!

First off, thank you for your time, Dan! This is your first foray back into traditional guidebooks for Star Wars in a few years, correct? What was the main driver behind this guide and what was the development process like?

Yes, this is the first Star Wars reference book I’ve worked on since Ultimate Star Wars in 2015. But I’d done many reference books before then, everything from kid-friendly warfare guides like Star Wars: Battles for the Galaxy to dense, lore-heavy tomes like The Essential Atlas. So writing this was like putting on a comfortable pair of boots. END_OF_DOCUMENT_TOKEN_TO_BE_REPLACED

When was the last time you met an adult who had never watched a single Star Wars film? What if you could introduce them to the series, one film at a time, and ask them their thoughts as they went along? That’s exactly the situation I’ve found myself in, as my friend Kelsey just started watching the Star Wars films over the past few months and has become increasingly engrossed. After viewing Episodes I, II, and III, Kelsey agreed to be interviewed to satisfy my curiosity about her experience and reflections on the series so far. After all, most Star Wars fans who started with the prequels did so as children, and it’s a rare pleasure to be able to ask thoughtful questions of an adult fan with almost no prior knowledge of where the series is headed after Anakin’s fall to the dark side. Stay tuned for a follow-up interview with Kelsey in a few months after she finishes the series!

What were your favorite things about the prequels?

I really liked in Episode III all of the complications between Anakin and Padmé (I was able to get over the “weirdness factor” of their age difference!). And I saw there is something good and genuine in how they love each other, but somehow in the midst of all these good intentions, all these horrible things happened. But it wasn’t random or mysterious, it was that Anakin consistently made the wrong decisions; there was a twisting on his part. It wasn’t just a tragic love story—there’s no doubt there were some evil things that happened in Anakin that I think will set up the next couple movies. I’m intrigued about that. There was a lot of gray area: it’s not just black and white that you latch a story onto, the canvas is already gray.

I think there was also just a lot of cool worldbuilding. Especially in the middle of Episode II, I started figuring out how their society and universes generally work. In other words, I knew there was intergalactic diplomacy happening, but I didn’t understand it in [The Phantom Menace]. It wasn’t until [Attack of the Clones] that I felt I understood the universe enough that I felt if I wanted to, I could come up with another planet or species consistent with this galaxy’s rules. Plus as a biology major I enjoyed starting to see new kinds of animals in the second movie. END_OF_DOCUMENT_TOKEN_TO_BE_REPLACED 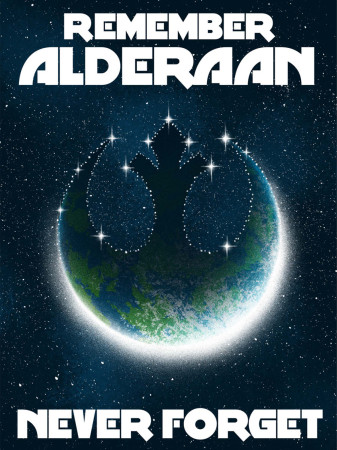 END_OF_DOCUMENT_TOKEN_TO_BE_REPLACED

On Wednesday, I shared my thoughts on how the Star Wars Propaganda book made wonderful use of the medium of an art book to tell a worldbuilding story about the Star Wars galaxy that was grounded in a sense of familiarity for the audience.  I discussed how the in-universe method of storytelling worked well to discuss the subject of propaganda, and noted that the book was just plain fun. Since I liked the book so much, I wanted to talk to the author about how the book came together and what ideas went into putting the book in its final form.

Here’s Part One of my interview with Star Wars Propaganda author Pablo Hidalgo; join us Monday for Part Two. My questions are in bold, and his responses are in plaintext (except for anything inside brackets).

How did propaganda become one of the first subjects for a reference book in the new Star Wars canon? The book contains art and propaganda, but also narrative – in what ways is this a better (or just different) starting point than a more traditional Essential Guide type of book?

The idea of a propaganda book crossed my desk as a fully-formed idea. I’m not sure who originated it, but I first heard of it from my editor Delia Greve, who’s at Becker & Mayer (the company that packaged the book). Before she was able to talk about [it], she just kind of dropped me a line: ‘I’ve got something that I’d really love for you to work on. I can’t tell you what it is yet, but I hope you’re available.’ But when she had a fully-formed pitch that was approved by Lucasfilm, she basically gave me a run-down on what a propaganda book could be, and I was all for it. As to what this format offers in comparison to the old Essential Guide format…the Essential Guide format in the late nineties and early 2000s when it was thought that most of our spaces of time in the timeline as far as storytelling goes were already filled up. But now that we’re telling new stories on TV, in movie theaters, and in books and comics, we can’t take it for granted that there are big spaces in the timeline yet to be filled by stories. That makes it difficult to do an Essential Guide where you’re trying to fill in all these blanks. So instead we’re able to focus on very focused works like a Visual Dictionary or this book that takes a different conceit by being focused on a specific subject like propaganda and telling it from a specific point of view, like an in-universe author.