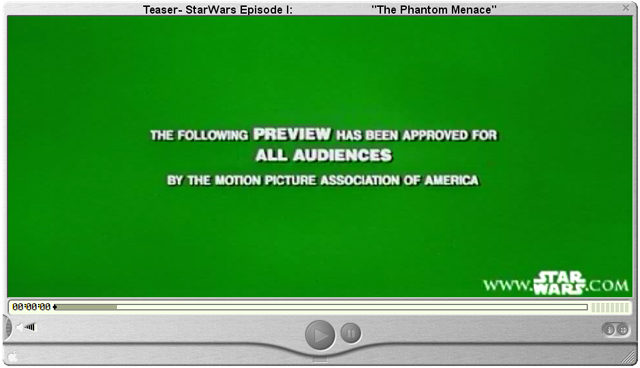 And not just in the “runs a Star Wars blog” sense, but even amongst Star Wars people—I say this because when I pitched today’s topic to the staff—describe your earliest memory of seeing a Star Wars trailer—the majority either had no relevant memories whatsoever, or in one case, had never actually watched one!

Maybe it’s because my major in college, visual effects, happened to involve making a couple myself, but I’ve always been a huge fan of trailers—and I have numerous strong memories of my favorites, both Star Wars and otherwise. Ironically, while the Special Edition trailers were almost certainly the first ones I technically saw, I don’t remember them at all. It’s funny; I remember the two guys behind me laughing maniacally at Threepio in A New Hope, and I remember getting to Empire a couple minutes late and missing the opening crawl (still the only part of a SW film I haven’t seen on a big screen), but the advertising beforehand? Nothing. END_OF_DOCUMENT_TOKEN_TO_BE_REPLACED 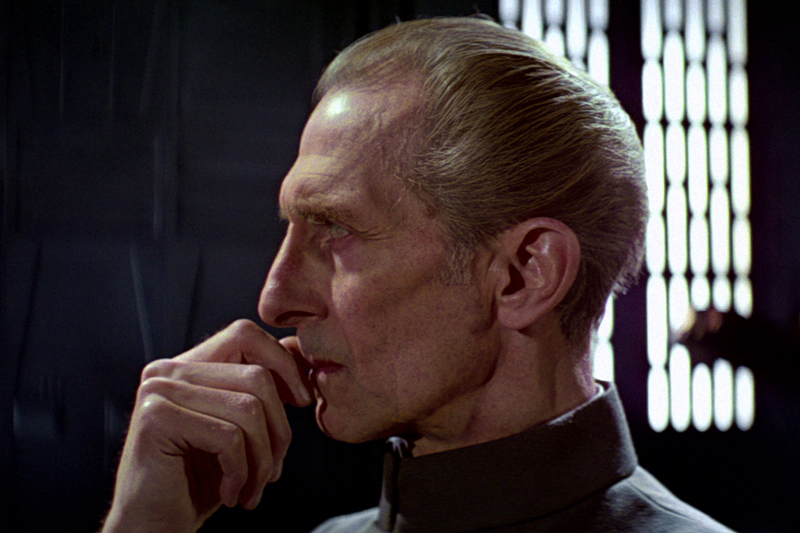 And Luke Skywalker blew them all up.
END_OF_DOCUMENT_TOKEN_TO_BE_REPLACED

You recognize this little exchange, don’t you, little Jedi?

It’s from Traitor by Matthew Stover. The questioner is the teenage Jacen Solo – Han and Leia’s son – and the answer is from his enigmatic alien mentor Vergere,

Within the novel, the question is never directly answered, and it doesn’t need to be. It seems to serve principally to illustrate Jacen’s naïveté, revealing the inadequacy of the categories that he’s using to try to interpret the world, and the fear and insecurity which rise from that inadequacy: he’s a hardened young warrior, a killer of monsters – but in his heart and soul, he’s still afraid of the dark.

In subsequent novels, though, a more straightforward answer has been given to Jacen’s question. Vergere has indeed been portrayed as a Sith acolyte, a prose-fiction counterpart to Asajj Ventress and Savage Opress.

Moreover, this apparent “retcon” of Vergere’ backstory been closely associated with a shift in Jacen’s own trajectory as a character.

In Traitor, it seemed, Vergere was trying to help Jacen overcome his fear of the dark, by giving him a more honest understanding of the Force, one less bound up with ideas of dualistic conflict. In the later novels, however, the result has been turned on its head. As Vergere’s Sith identity has been revealed to the reader, and to Jacen, Jacen has become a Sith himself – a crazed tyrant who was eventually assassinated by his twin sister.

The implication seems to be that she was just setting him up for a fall. END_OF_DOCUMENT_TOKEN_TO_BE_REPLACED

The other day, I saw a very simple message on Twitter –

My immediate reaction was an emphatic nod of agreement. I like the Yuuzhan Vong, the villains of the sprawling New Jedi Order storyline from 1999-2003, and I’ve been disappointed by their general absence in the more recent Star Wars storylines.

Then I went and read the full article, and I found myself nodding in agreement some more.

I don’t think I’ve read anything by Megan before, but I suspect I’ll pay closer attention in future. Star Wars fan culture is a big space, and it’s always nice to find an interesting new vista within it.

But as soon as I stopped reading, questions started to crowd together in my head. I wrote the first draft of this article immediately afterwards, as a way to get my thoughts straight on the topic.

Then Mike had a gap in his schedule of material for this blog, and, well, here we are.

The thing that struck me was this –

0. Are we sure this is the good idea we think it is?
END_OF_DOCUMENT_TOKEN_TO_BE_REPLACED