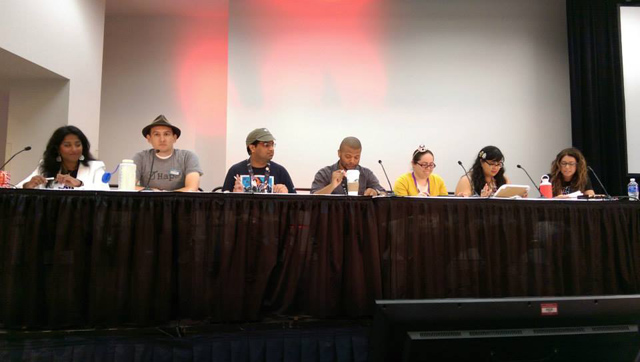 END_OF_DOCUMENT_TOKEN_TO_BE_REPLACED

It’s a pitch-perfect subplot, and sets just the right tone for how I hope this sort of element is handled in future stories. It’s also a decisive part of Zare’s burgeoning anti-Imperial sentiment, without being preachy or oversimplified. He wants to stand up for Frid and Hench because they’re his friends, but doing so could sabotage the lives of his several human teammates, and they’re his friends, too. Fighting a prejudiced individual is easy; fighting a bad system is infinitely more complicated. END_OF_DOCUMENT_TOKEN_TO_BE_REPLACED

More thorough explanations of my personal Diversity Scoring system can be found at the above links, but as this constitutes the beginning of a new series, I’ll reiterate very briefly—a Diversity Score is the percentage of characters in a story who are anything other than straight, white, human men. Historically I’ve gone off a given story’s Dramatis Personae (the cast of characters often presented at the beginning of a SW novel), but as I’m attempting to be as thorough as possible, my new policy is to count, as best I can, all named characters. In the case of the six films, given their status as the most visible and inviolate elements of the canon, I have gone by the full casts as listed in their end credits—meaning that then and only then will I count, say, “Imperial Captain 3”. While I presented rough scores for the saga (as well as The Clone Wars) back in May, I’ve since had the opportunity to work straight from the films (as opposed to Wookieepedia) and I present the following as my final scores for the Star Wars Canon. END_OF_DOCUMENT_TOKEN_TO_BE_REPLACED 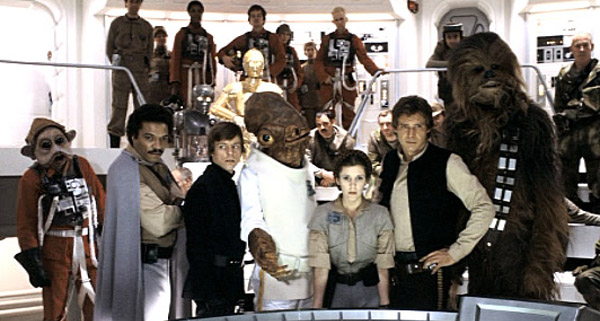 What we can talk about, however, is the franchise. END_OF_DOCUMENT_TOKEN_TO_BE_REPLACED