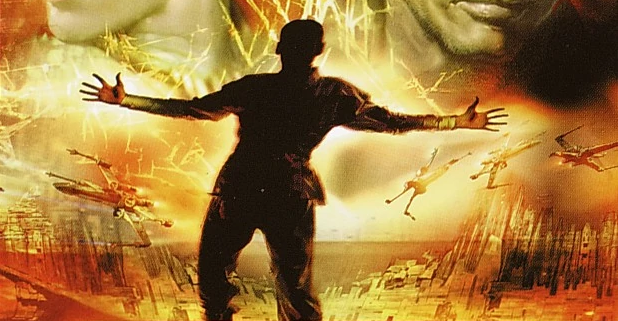 Mike: A couple months back, Disney CEO Bob Iger gave a public update on the status of the Star Wars franchise, confirming that The Last Jedi isn’t being altered in response to the death of Carrie Fisher, making his oft-misinterpreted comment that the Han Solo movie will depict the title character “getting his name”, and much less reported but no less consequential, stating that discussions were underway for “another decade-and-a-half of Star Wars stories.”

This brief burst of newsiness was followed soon after by Celebration Orlando, which was of course followed by weeks of speculation on the new teaser and Luke’s fateful closing line. But while there’s been no shortage of new material this spring to go with the news, things at ETE have been pretty dry for the last few weeks. Speaking for myself, as a news junkie it’s been hard to devote much mental energy to Star Wars with so many major political developments going on here in the US—even as I slowly work my way through Thrawn and, currently, Rebel Rising. And while I didn’t attend Celebration myself, it’s not uncommon to hear talk of attendees needing a “Star Wars break” afterward, lest they end up in a full-bore burnout.

With potentially fifteen years of Star Wars filmmaking coming down the pike (if not more), burnout is a very real concern for fans these days—for some of us, maybe for the first time ever. To those of you who were at SWCO, have you found your interest slipping in the month since? And to all of you, do you find your Star Wars attention span to be cyclical, with periodic rest periods, or does it depend more on what content is coming out at a given time? Can anyone honestly say they’ve never felt genuinely burned out on Star Wars, even for a little while? Alternately, what’s the longest you’ve ever consciously stepped away from it? END_OF_DOCUMENT_TOKEN_TO_BE_REPLACED