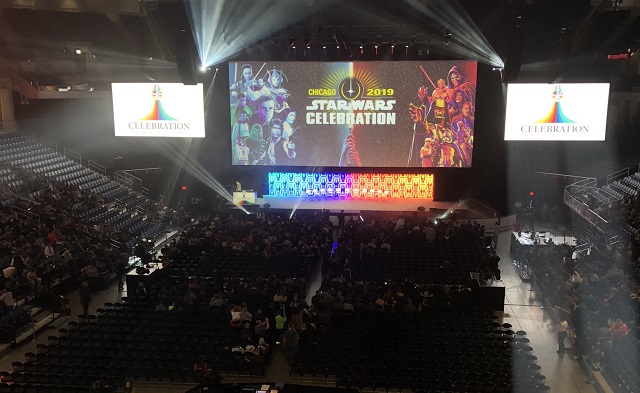 But with this being my first con, I had no prior experiences to compare it to—better than average? Worse? Or typical? Luckily I had the novel opportunity to ask some of my staff writers—like, their actual physical selves—what most surprised them about this year. I should mention that while most of them are battle-scarred veterans of the convention floor, this was Abigail Dillon’s first Celebration as well—but I’m nice so I decided to ask her anyway. END_OF_DOCUMENT_TOKEN_TO_BE_REPLACED 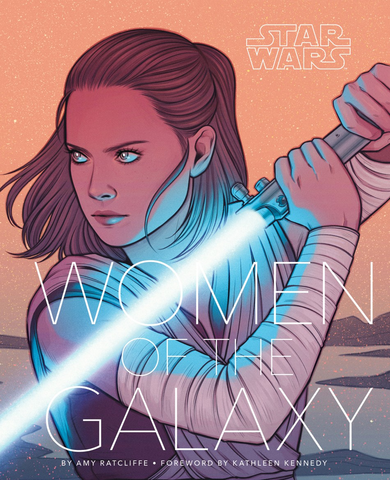 This fall saw the release of Women of the Galaxy by Amy Ratcliffe, an expansive collection of profiles and original art featuring seventy-five different female characters from across the Star Wars franchise—from the original trilogy and the old Ewoks cartoon all the way up to 2018’s Solo. Since Eleven-ThirtyEight is always game for a fashionably late arrival to the party, Abigail and Jay wanted to take a moment to discuss some of their favorite entries from the book and what they meant to them.

As it happens, though, we may be late for the original release but we’re right on time for the digital release—if you’re paper-averse like yours truly but still want to check out Women of the Galaxy for yourself you can pick up a copy on Kindle starting January 8th. For now, though, I yield the floor. — Mike, EIC

Abigail: There are so many entries in this book that I adored and would have liked to discuss, so before I dive into my chosen characters, I’d like to point out what this book reminds me of. And you’re going to have to stay with me for a moment, because this comparison is going to start off sounding horrible.

I had a book about dog breeds as a kid. I loved it and it was critical to my play. My friends and I would flip through the pages and select what we wanted to be during that round of make-believe. Some days I would want to pretend to be majestic and wild, other days small and cute, and so the book was how I would choose my character. It provided a springboard for my imagination, based on the pictures and accompanying description. END_OF_DOCUMENT_TOKEN_TO_BE_REPLACED

Mike: Recently we ran a fascinating guest piece by Eric Farr that unpacked the suggestion in Solo of a sexual relationship between Lando and L3-37—or at the very least, Elthree’s claim that such a thing is possible. The extent to which any given droid in the Galaxy Far, Far Away is truly conscious and self-aware has always been a little muddled, so the notion of droids consenting to sexual activity (as opposed to simply being programmed for it) is pretty complicated ground for Star Wars to be covering, and any conclusions are bound to be highly debatable.

And debate we did: as with many great pieces, a very interesting conversation unfolded in the comments over the following couple weeks between myself, Eric, and two other ETE regulars, Vincent Cagliuso and John Maurer. The discussion backed up a bit from Eric’s original topic and looked more broadly at whether droid rights are something that should be addressed at all, or if to do so would only unravel the basic premise of the universe—many of our heroes own droids, after all.

At one point Vincent posed a simple question that stuck out to me as a perfect encapsulation of the problem—particularly because it wasn’t about Elthree. There’s a lot going on with her that can be debated in and of itself regardless of how one feels about droid rights as a concept, so I thought I’d pose his question to the rest of the staff as a means of getting at the core issue and avoiding the need to rehash our feelings about Solo specifically.

So here’s the question, guys: Padmé Amidala owns a protocol droid. Said droid is absolutely drowning in personality; if any droid is self-aware, it’s this one. Upon Padmé’s death, Bail Organa takes possession of this droid, decides it knows too much, and promptly gives it a mindwipe. Is Bail Organa, hero of the Rebellion and beloved father of Princess Leia, a monster? END_OF_DOCUMENT_TOKEN_TO_BE_REPLACED 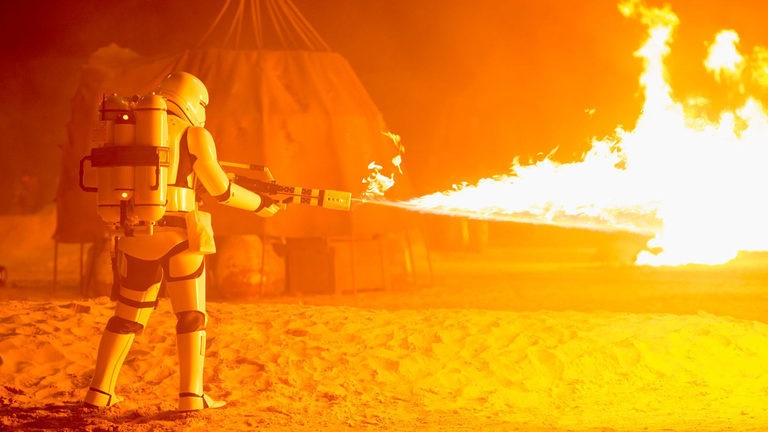 After taking the last couple April Fools’ Days off, we decided to do something a little different this year—and not just because today is April 2nd. Around Christmas, staff writer David Schwarz created the Twitter bot Star Wars Hot Takes, which does pretty much what it sounds like, tweeting an auto-generated Star Wars take/thinkpiece title once an hour—many of which you could easily imagine someone throwing together as clickbait, and some of which, I have to admit, sound very close to actual ETE articles.

Truthfully, I think the term “hot take” is a little overblown as a criticism; it’s a category people use to reflexively dismiss big swaths of content they don’t like without much regard for the thought put into it. The key difference between a good piece and a “hot take”, in my opinion, isn’t the point of view expressed but how thoughtfully it’s presented—and I absolutely go out of my way to highlight takes on ETE that are distinct and outside the norm (even when I don’t necessarily agree with them) so that they can be given a thoughtful and balanced airing.

With that said, another important principle of this site is to not take ourselves too seriously—it’s just Star Wars, and there’s nothing wrong with acknowledging that everyone’s opinions can get a little overblown once in a while. So in the spirit of taking just a little air out of our sails this April Fools’, I challenged the staff to pick a Star Wars Hot Take tweet and develop it into a “serious” mini-editorial. Here’s what they came up with. END_OF_DOCUMENT_TOKEN_TO_BE_REPLACED

As long as those questions remain open, I get why Lucasfilm would be reluctant to use Sabine elsewhere, whatever the time period—it stinks, like it stinks that we probably won’t get any post-The Last Jedi content for a while yet, but I get it. Dave Filoni is Sabine’s creator, and to the extent that Rebels is telling one complete story it’s fair to let him have the “last word” on who Sabine is, where she’s from, what she wants. END_OF_DOCUMENT_TOKEN_TO_BE_REPLACED