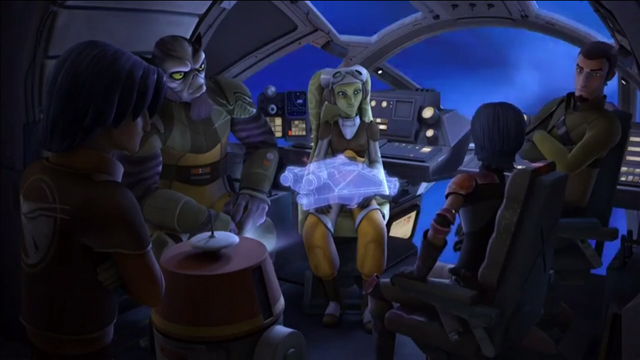 History and the EU

As a history major, former Eleven-ThirtyEight contributor Tyler Williams decided early on that his focus was going to be the influence of events and motifs from antiquity on the Star Wars universe—hence his personal editorial header “This Belongs in a Museum“. While this focus pervaded most of his work here, it found its primary expression in this loose three-part series subtitled “A Long Time Ago”. In it Tyler covered three major cultures of the GFFA—the Old Republic, the Tionese (roughly, the Greece to the Old Republic’s Rome), and the Mandalorians—and the ways that they were drawn from real life.

In Defense Of / In Praise Of

Two other series requiring a looser definition of the term, In Defense Of and In Praise Of didn’t come into being as intentional sets of pieces so much as they were happy coincidences. ETE’s goals of positivity and constructive criticism meant that what might otherwise have been a piece bashing, say, overuse of certain art styles—or worse, certain segments of fandom—were instead reframed as arguments in favor of something else. As such, I suppose it’s natural that “defense” pieces have ended up being more common than “praise” pieces, because everyone already likes Star Destroyers; but pointing out something cool that most people either overlook or shun is pretty much my bread and butter. If too much time ever goes by without one of these themes popping up, it’ll be a good sign that we’ve jumped the shark.

After several great contributions as a guest writer, Ben Wahrman, or Ben #2 as I lovingly call him, was brought on board last August with the specific goal of “anchoring” our ongoing Rebels coverage. Ben’s challenge was to keep up with the show’s weekly schedule while still delivering pieces up to ETE’s normal caliber; forgoing easy recap articles in favor of bigger-picture analyses of how the series was developing. After working extensively with him on his Clone Wars Character Autopsies earlier in the summer, I knew he could deliver—and alongside longtime staff writer Jay Shah, the first half of season one has gone as well as I could possibly have hoped for. Ben is currently recovering thanks to the show’s six-week hiatus, but I’m excited to haul him back out of his bacta tank in a couple weeks.

Tomorrow: I take online fandom to school in So You Think You Can Internet.